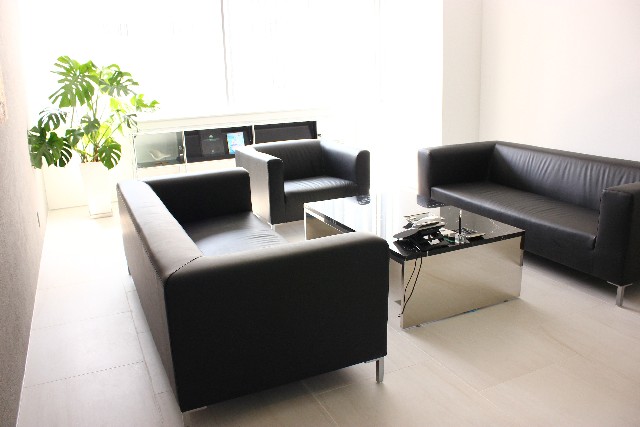 Mr. A has run his company as president since he founded it more than 30 years ago, making himself as an established figure in the industry. Despite the good condition of his company, he was actually developing a genuine concern. Seeking some advice, he decided to share it with me.

As soon as we sat at a table, he began. “It’s about my successor.” I asked for more details and the founding president started to talk.

His story was pretty simple: “I let my son join my company as a candidate for the next president, but he has been far from excellent.”

After graduating from a prestigious university, Mr. A’s son joined a financial institution. He had worked for the institution for about 10 years, struggling with tough tasks.

Then, one day the son told Mr. A, the president, he wanted to join the company. Although Mr. A never told his son to be the next president, he was pleased with his son’s decision because, to be honest, Mr. A had expected his son to be his successor in his heart for a long time. Hiding his true feelings, Mr. A told his son he would choose the next president after seeing his performance. The son agreed with the father’s words.

Sadly, however, the son could not meet his father’s expectations.

What has been killing Mr. A is that his son looks down on the employees, or his co-workers. He frequently complains about the incompetence of the employees. Being afraid of losing trust from the employees, Mr. A has told the son to change his attitude towards the employees. “Father, you never understand”, the son always counters.

Even if a son joined his father’s company as the next president, he would achieve a decent respect from the employees if he were competent enough. Seeing how the son is doing, a president of the company’s long-time business partner has warned Mr. A. “If you let your son take your position, you will ruin your company”.

If a president’s son starts working in the company, he will inevitably be regarded as the next one both within and outside the company. As dissentient voices grow louder, including direct complaints at Mr. A, he has been having a hard time.

I asked Mr. A, “Isn’t there any employee competent enough to take over the company?”

“In the end, my son will inherit the stocks of my company, so if I choose an employee as the next president, it will make him/her “a president hired by the company”. Then, he/she will be considerably constrained by such a status. The other way is he/she buys all the company stocks, falling into a great deal of debt, some 100 million yen. No one at my company can do that.”

“Mr. A, you think the best is your son changes and takes over your position, right?”

“I know I am waiting for a miracle, so I have been in torment.”

Indeed, this is an intricate matter.

I might sound cruel, but the best choice to make a breakthrough in such a stagnant situation would be, as Peter F. Drucker says, kicking the son out of the company.

The first rule is that family members do not work in the business unless they are at least as able as any non-family employee, and work at least as hard. It is much cheaper to pay a lazy nephew not to come to work than to keep him on the payroll. In a family-managed company family members are always “top management” whatever their official job or title. For on Saturday evening they sit at the boss’s dinner table and call him “Dad,” or “Uncle”. Mediocre or, worse, lazy family members allowed to work in the family-managed business are rightly resented by non-family coworkers. They are an affront to their self-respect. If mediocre or lazy family members are kept on the payroll, respect for top management and for the business altogether rapidly erodes within the entire work-force. Capable non-family people will not stay, and the ones who do soon become courtiers and toadies.

(From “The Essential Drucker on Management”, Diamond Inc.)

The troubled president answered in a trembling voice, “As president, I must think about the future of the company for my employees, not for my son.” With tears in the eyes, Mr. A said, “I will make a decision.”

Many people describe the son as a warm-hearted man who is adored by a lot of friends and truly cares about his parents, but when it comes to work, whether he is good at business or is capable of completing what he is supposed to do is a different story.

In the end, Mr. A sold the company’s stock to a competitor in the industry and donated most of the money, leaving a small property to his son. As a result, the employees did not lose their jobs and the company was again stabilized by a new president.

Later, the son said, “I couldn’t grasp what my father was saying until I got kicked out of the company”

Harsh reality could be eye-opening.