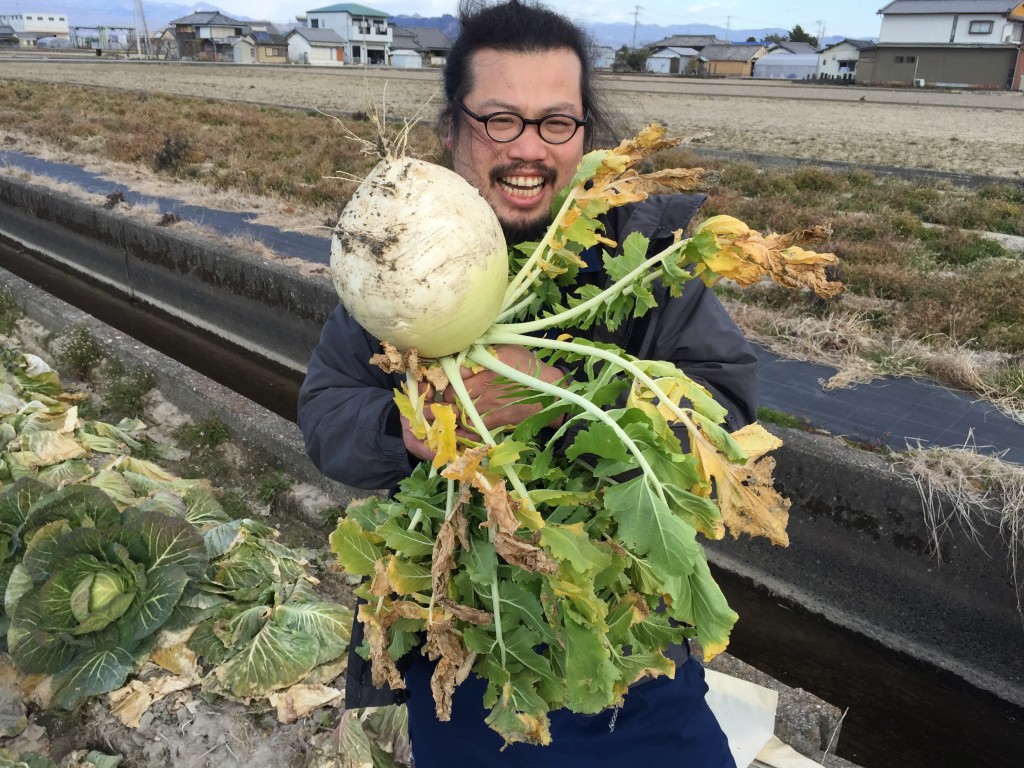 I happened to see farmers in Kochi, Japan through my friend and talked with him. The reality I learned from them is that very few farming households can make a living as a “pure farmer” and most of them are struggling for a living.

Despite the hard reality, the mass media such as newspapers and televisions are rather harsh in tone when they write or broadcast news regarding agriculture. Reports and articles criticizing the vast grant for agriculture or the low productivities will not create a positive impression of agriculture. In addition, the ongoing negotiation over the Trans-Pacific Partnership (TPP) has caused a vague uneasiness in farmers in Japan because it is very difficult for them (for everybody) to predict how the TPP will change the Japanese agricultural industry and what impact it will inflict on them.

To share the reality of Japanese agriculture with people, especially those who in urban areas, we have decided to visit farmers in Kochi to investigate the actual situation and report what we find in this blog.

As the first article on the project, I would like to write about “vegetable wastes “. Some of you might get confused by the word, so I will briefly explain.

“Vegetable wastes” are harvested crops that will not be sold in the markets, will not be consumed by the farmers themselves and therefore, have to be disposed. Among various reasons, the most major one for “vegetable wastes” is the imperfect shape of a vegetable. For example, the radish in the picture below will not be approved for sale. Why? 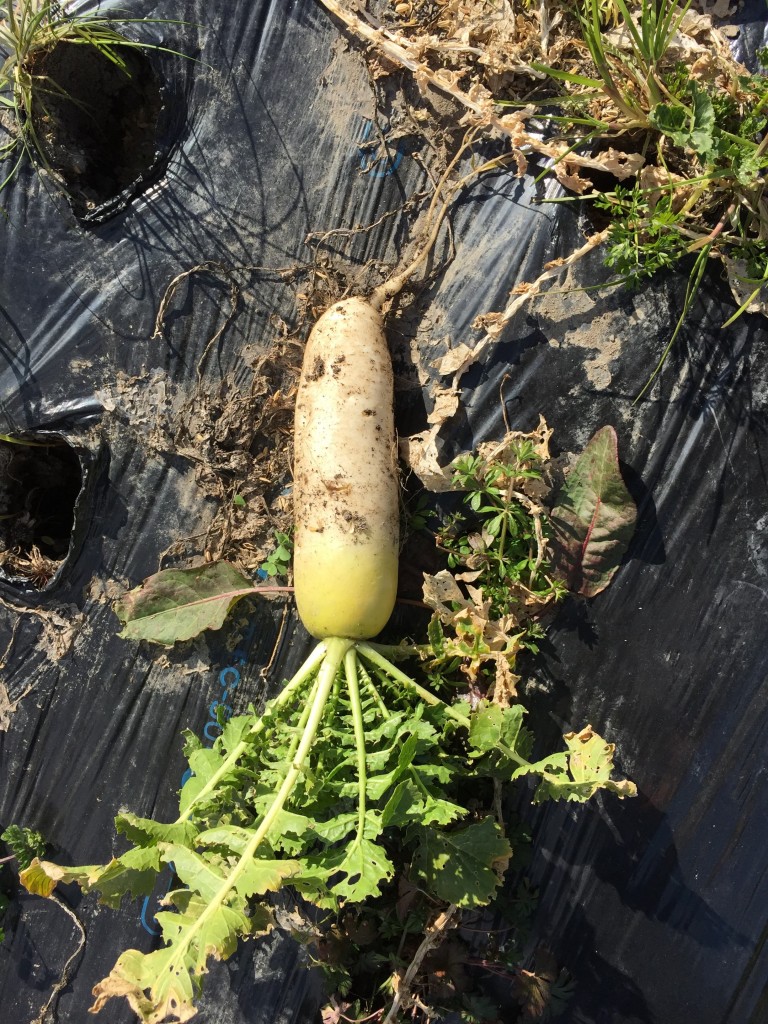 It is because the radish is too short to meet the standard, so it will be consumed by the farmers or has to be disposed.

Likewise, the cabbage in the picture below will not be sold. 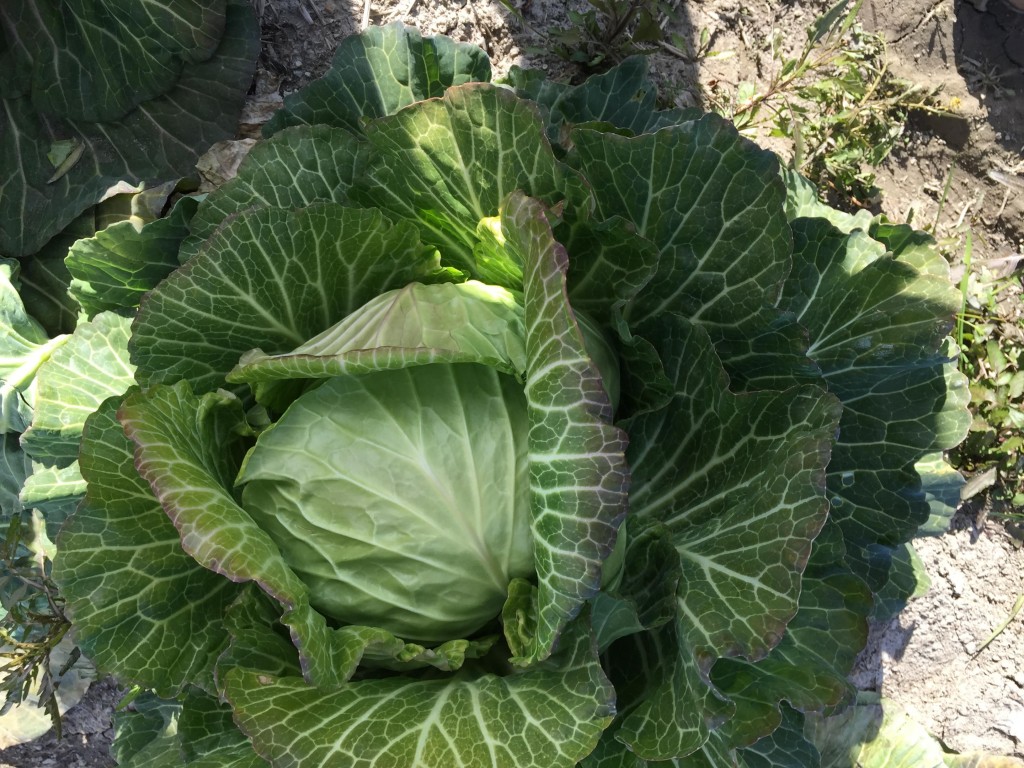 I couldn’t understand why, but they say it is because the cabbage was a bit frosted and the leaves turned purple. Although the color of the leaves will not affect the taste, the cabbage is categorized as a failure. Then, if the farmers do not eat it, it becomes a waste.

Actually, the radish in the picture on the top of this article is also a failure because it is too stumpy. (the man holding the radish is my friend)

The tomatoes in the picture below are failures, too. The holes stop them to come onto market. 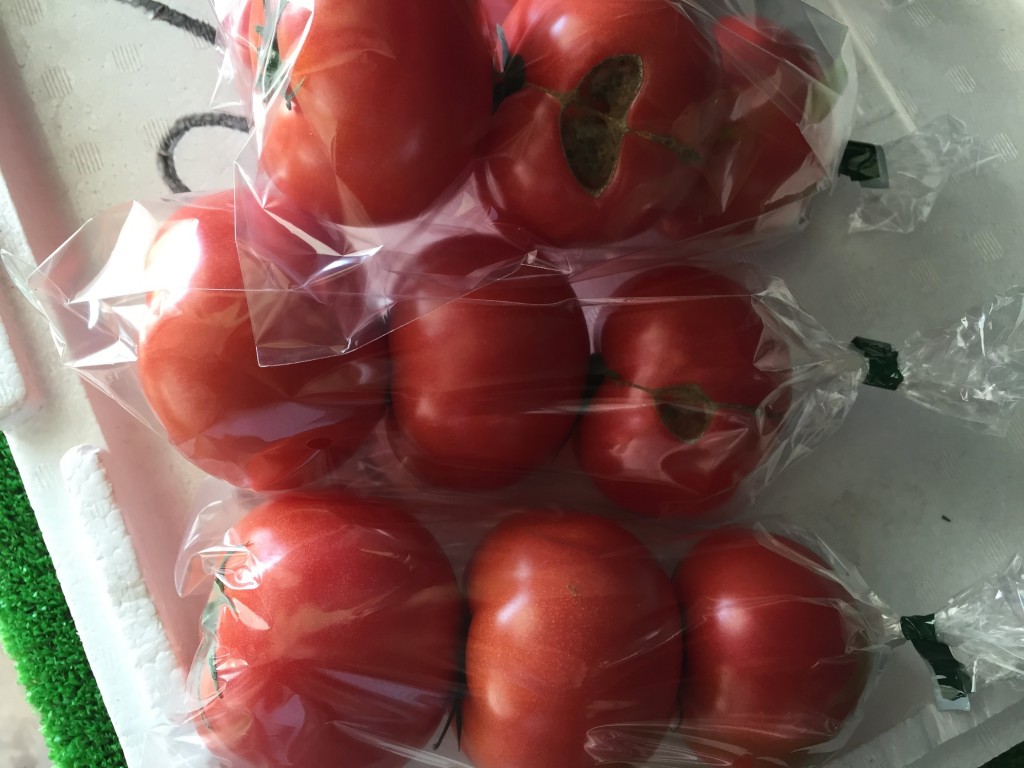 Look at the picture of a field of chinese cabbage below. You see tons of disqualified ones left in the corners.

As you see, vegetable wastes are a huge problem for farmers. Incidentally, the taste of those vegetables is the same as normal ones. In fact, naturally grown vegetables often taste better than controlled good-shaped ones.

There are three types of farming.

To tell the truth, the group 1 produces the greatest amount of vegetable wastes. It might come as a shock, but even in lucky times, 20-30 percent of harvested crops, and almost half of them in unfortunate times become vegetable wastes. We are throwing away tons of good vegetables. What a waste! I think it could affect food issues.

How to process harvested vegetables that didn’t be bought by JA is a genuine matter for farmers without a route to market.

Some of you might think those farmers should open a route to market by themselves, but they have been solely engaged in farming, so they do not have expertise to find networks for sale or to strategically advertise their products.

We will launch an Agriculture support project and work together with those farmers to explore their sales routes.